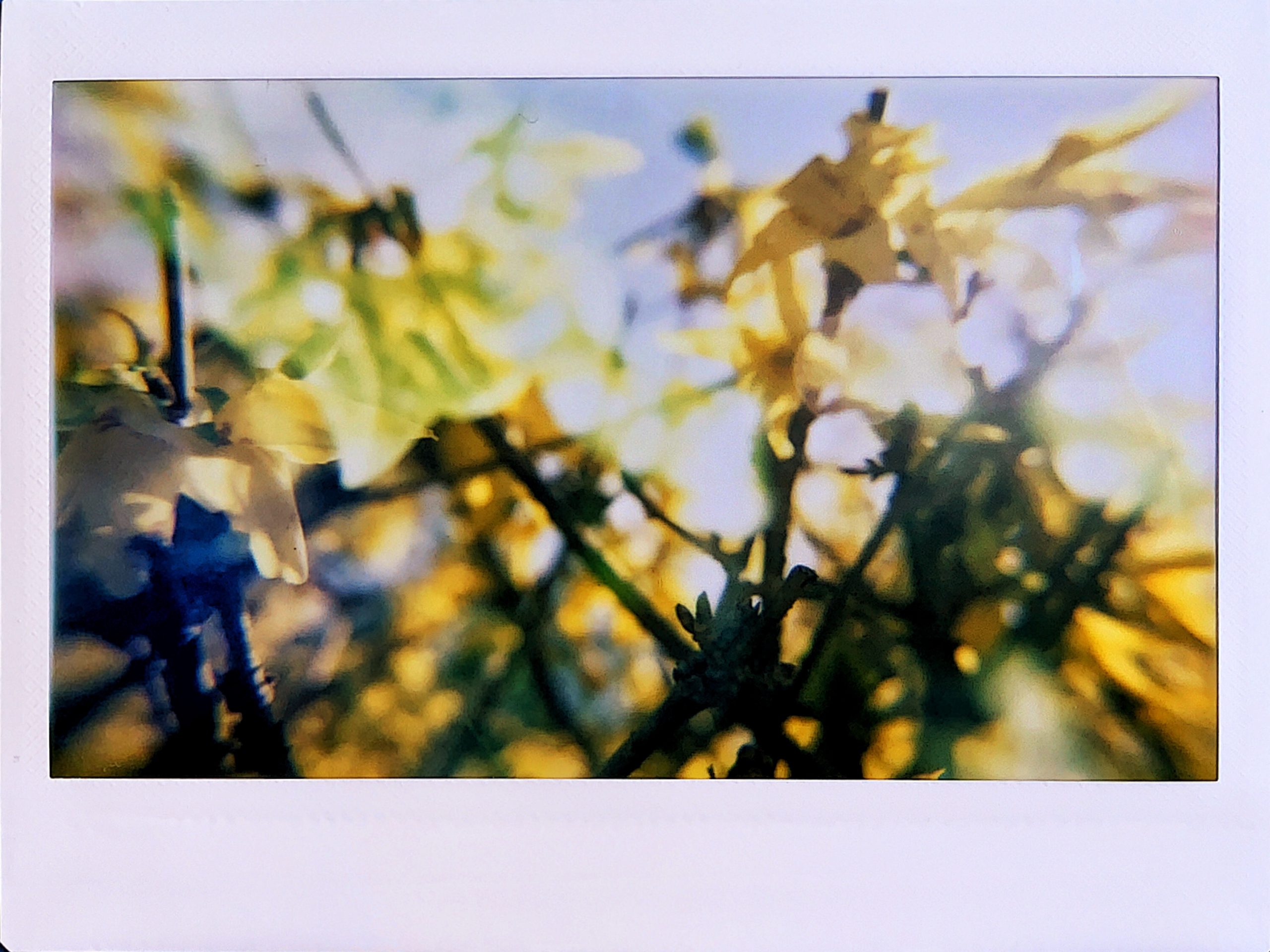 I can still remember the excitement and nervousness of waiting for my film to come back from the developers… wondering whether the prints would develop ok and not too over or under exposed.

This was back in the days of the 70s and 80s with my Dad’s old Halina 35X and later with my first SLR, a Nikon FM2. It was that element of the unknown, the unexpected and the unpredictable that made it exciting, if a little frustrating when things didn’t turn out as I’d have liked.

After years of digital, a few months ago I decided to go back to film, but this time, experimenting with instant. Memories of long summer holidays as a kid in the 70s that seemed to go on forever and the beautiful tone of Polaroids seemed too irresistible.

I plumped for a Lomo Wide Instant and a Diana Instant that weren’t going to break the bank and the Fuji Instant film that is cheaper and bit more consistent than the Polaroid Orginals. I’m loving the Wide Instant which is solidly constructed and has an offset rangefinder, so needs some adjustment for parallax. The Diana has been problematic with the motor turning out too many photos at once… needs more work, I think.

What I really like is the unpredictable nature of taking each shot and then waiting until it’s fully developed in my pocket. Sometimes I think the shot just won’t work and then I’m really surprised at how striking it is when it’s developed. The converse is also true, of course, and often not great because I’ve not estimated the exposure well enough. I also love the effects of light leaks from the lens barrel and the heavy vignetting.

I’m also using the instant photos in my notebook, where I can draw and make notes around them. Love the physicality of it all.

I guess a final note to myself is to just remember to take the lens cap off before pressing the shutter! So many dud shots, which is always an issue with viewfinder cameras!

You can see my instant film work in the Lomography gallery.

This site uses Akismet to reduce spam. Learn how your comment data is processed.

Why do I spend so much time taking photographs?

This website uses cookies to improve your experience while you navigate through the website. Out of these, the cookies that are categorized as necessary are stored on your browser as they are essential for the working of basic functionalities of the website. We also use third-party cookies that help us analyze and understand how you use this website. These cookies will be stored in your browser only with your consent. You also have the option to opt-out of these cookies. But opting out of some of these cookies may affect your browsing experience.
Necessary Always Enabled
Necessary cookies are absolutely essential for the website to function properly. This category only includes cookies that ensures basic functionalities and security features of the website. These cookies do not store any personal information.
Functional
Functional cookies help to perform certain functionalities like sharing the content of the website on social media platforms, collect feedbacks, and other third-party features.
Performance
Performance cookies are used to understand and analyze the key performance indexes of the website which helps in delivering a better user experience for the visitors.
Analytics
Analytical cookies are used to understand how visitors interact with the website. These cookies help provide information on metrics the number of visitors, bounce rate, traffic source, etc.
Advertisement
Advertisement cookies are used to provide visitors with relevant ads and marketing campaigns. These cookies track visitors across websites and collect information to provide customized ads.
Others
Other uncategorized cookies are those that are being analyzed and have not been classified into a category as yet.
SAVE & ACCEPT
Loading Comments...